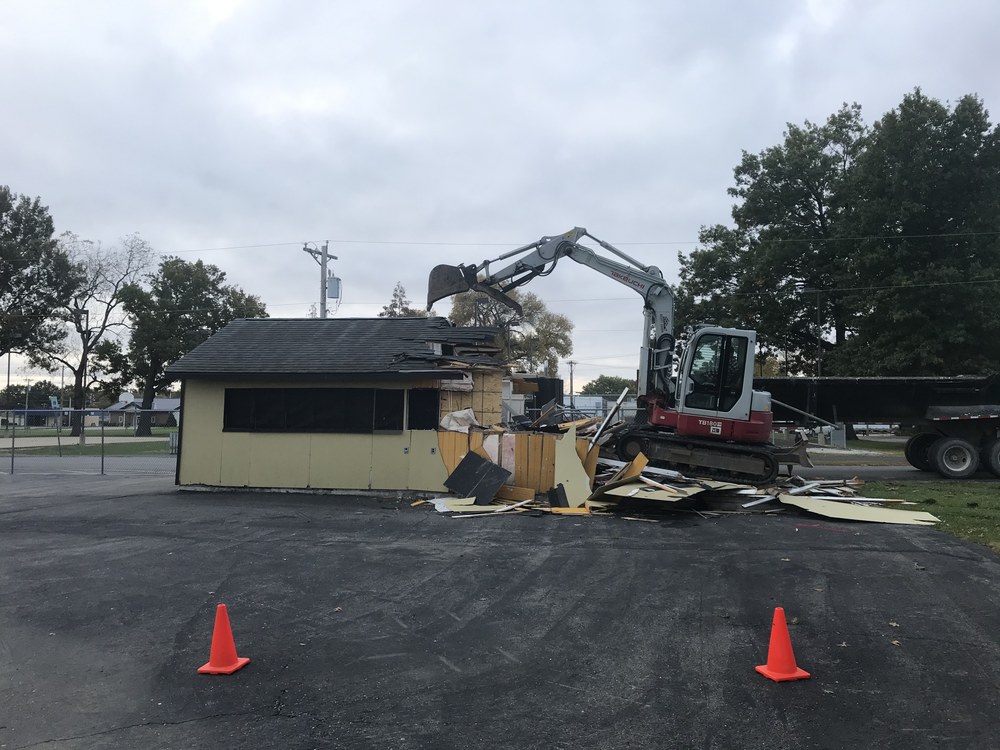 The concession stand was originally located next to the covered stands, and was moved to the southwest corner of the complex in 2008 when the field was renovated and the all-purpose track was installed.

Many Bulldog fans have grabbed a hotdog during the game, or enjoyed a Band Boosters baked potato  - but don't fret, the new concession stand will be in the same spot and continue to serve Trenton fans. The new building will be bigger and better, while adding restrooms and storage. Go Bulldogs!